Our home in London

When we moved from London, last year, I intended to post pictures of our home there, but then life got crazy again and I didn't, so I'll post them now. First off, our apartment: 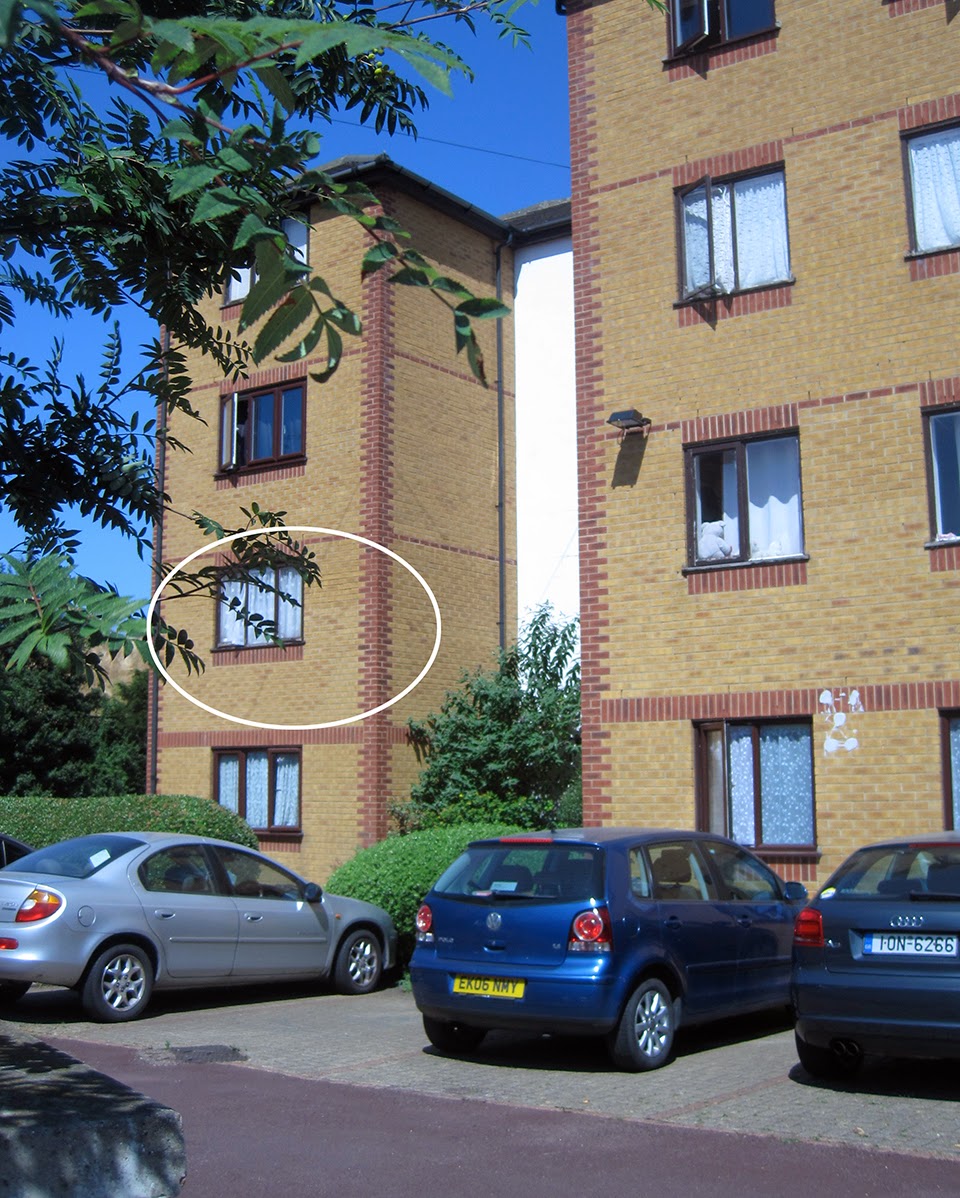 We lived in East London in a very small place. My husband, Trevor, was on a stipend to do his PhD and we elected to live off that as much as possible. When we left the US, we liquidated just about everything, the house, the cars, all of that, and put it all into savings. This meant that in London, we lived in a one bedroom place, us and our then infant child. People thought were nuts, I'm sure, but we're very into financial security and pretty indifferent to luxury.

The interior was hard to take pictures of, because of the size. You kind of had to stand as far in one corner of the room as possible. But this was our living room (ignore the garbage bags on the couch, this was taken as we were doing our last clean sweep, moving out): 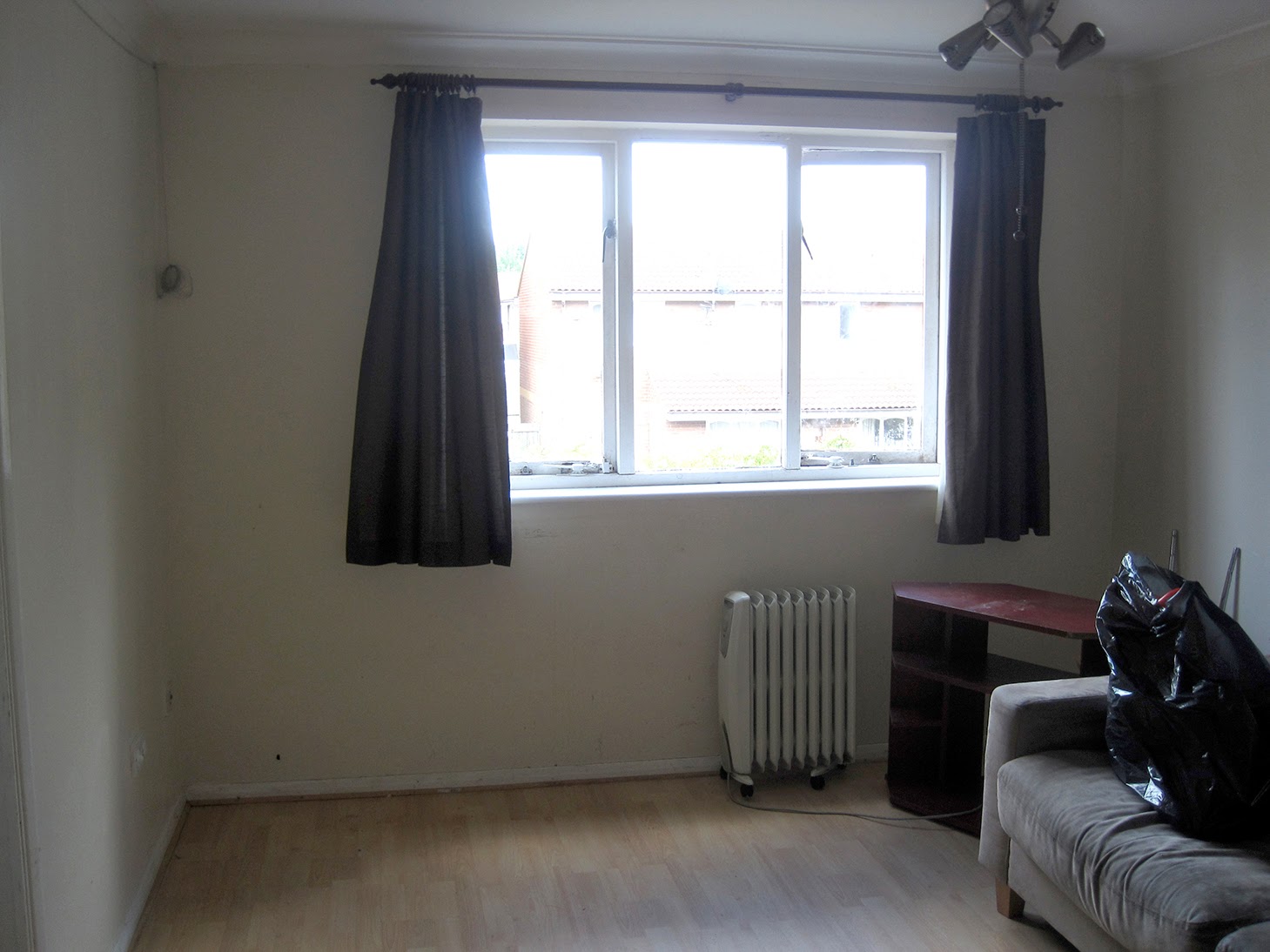 This is the room where our children slept. Like I said, we arrived with one, but had another roughly a year later. They had their little crib and bed in this same room where we ate meals and spent time indoors - though whenever we could, we'd get out. The nice thing about city living is that there's a lot to do within walking distance. At the time this picture was taken, we'd packed up the kids' beds. Some friends of ours moved to London a few months after we left, and they had two children roughly the same ages, so we stored the furniture with friends and they picked it up when they arrived. 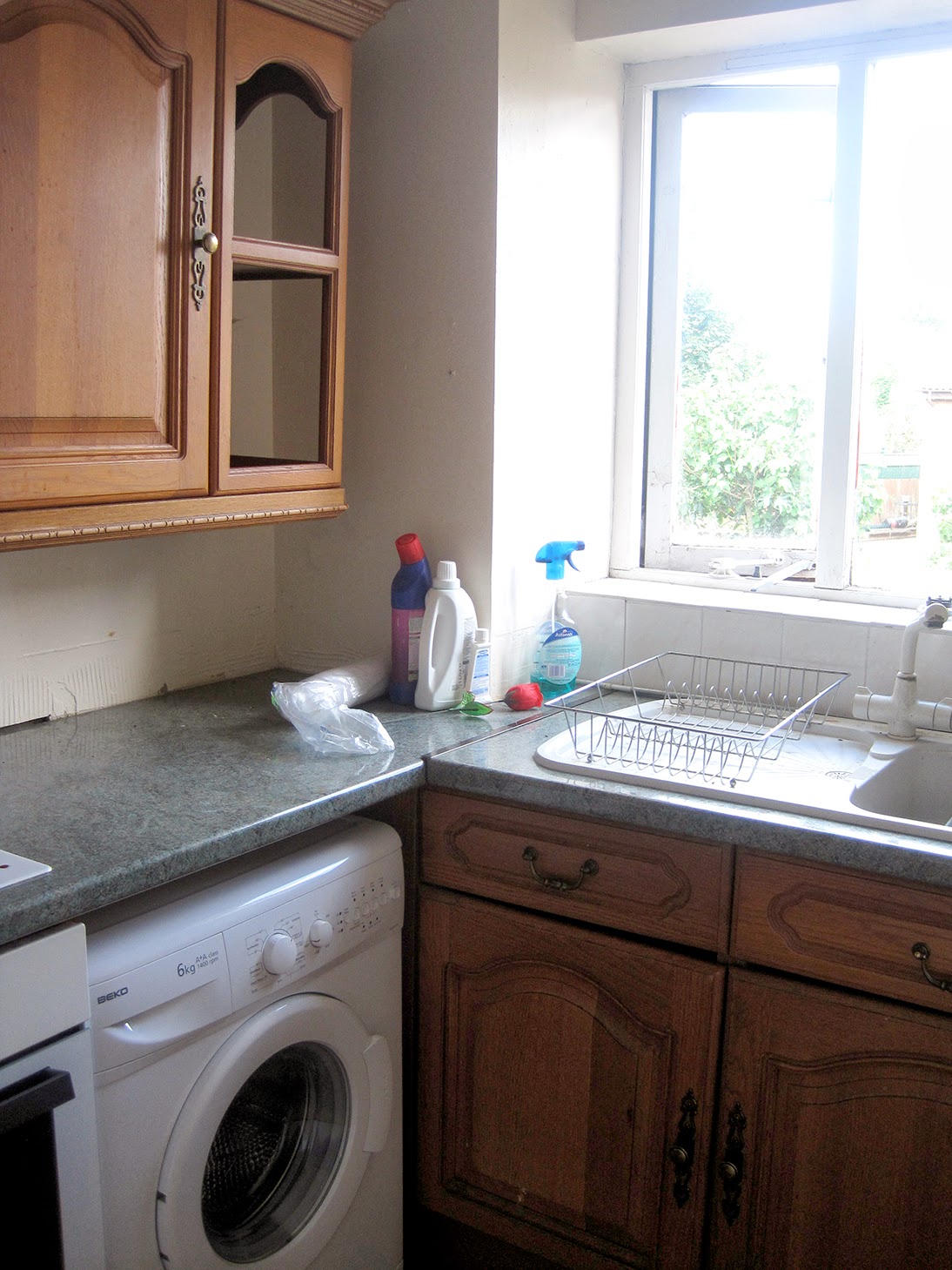 which was really hard to get a picture of! This end had the sink, the other end had the fridge. The washing machine there right next to the sink is a common arrangement in urban Britain, as is the absence of a dryer. This meant that as often as not, we had laundry hung up on drying racks - and given how much our kids liked to try to climb on those drying racks, we went through a ton of them in a fruitless quest to find a kid-proof one. 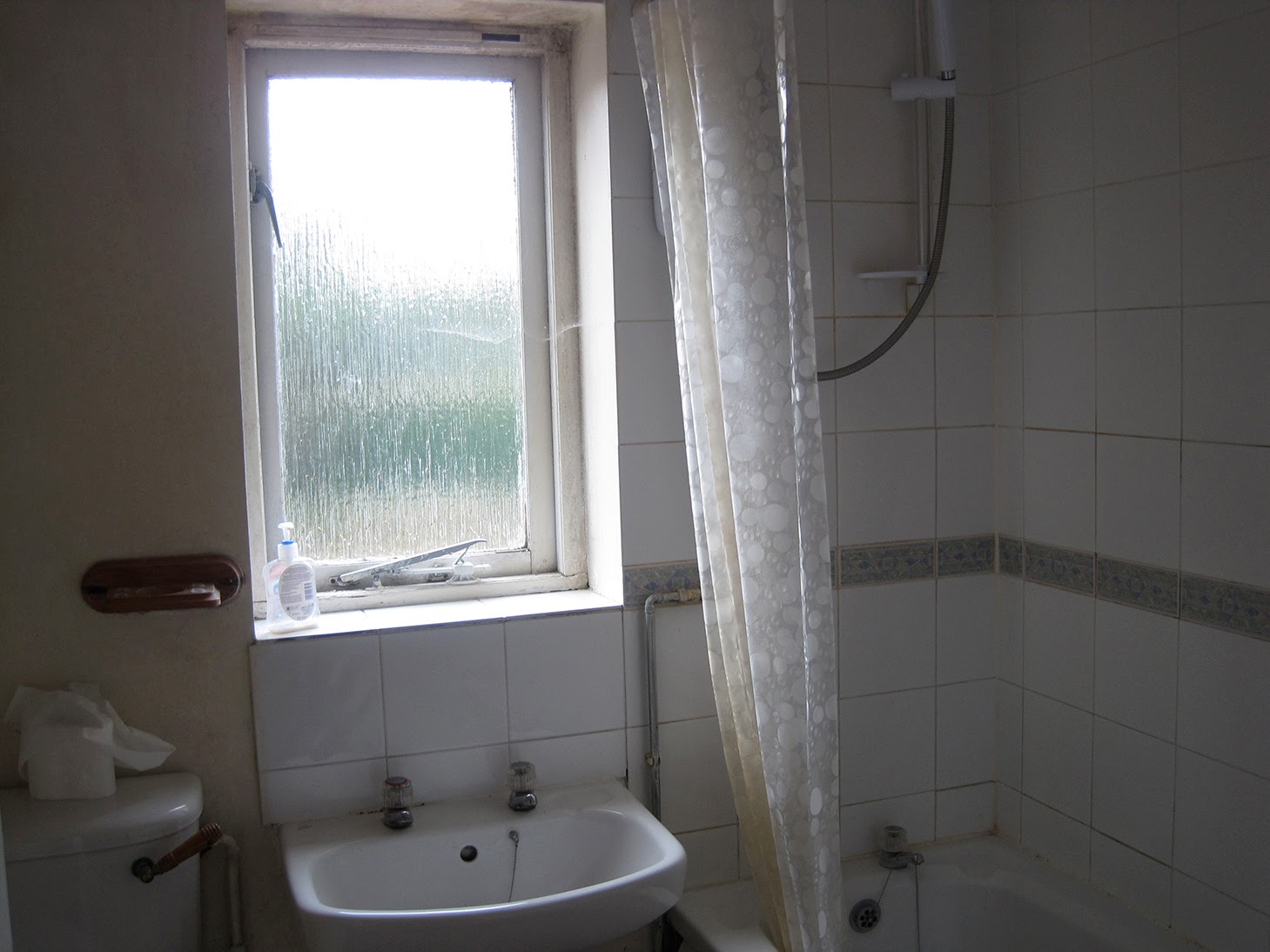 This is the best shot I could get. Given how humid London is, compared to New Mexico, the bathrooms always have vents to the outside, and quite often people leave the window open too. This make the room pretty frigid in the wintertime, but that's more preferable than having mold.

The bedroom was just a lost cause. I'll have to describe it with words instead. Nearly all the floorspace was taken up by the double bed. Wedged next to the bed was a desk under the window. All the storage was built in, so we had wardrobes rather than a closet. In all my attempts to get a picture, I could maybe manage a corner of the bed, some cabinets, and part of the window, and it didn't really convey much.

After living in such a small space, though, we've come back the the US to live in a house most people would consider extremely small for our stage of life and income, but it feels almost enormous to us. We're planning our next move (we moved straight into a rental house when we got back, rather than trying to buy anything long distance), and being used to a small space has opened up a lot of options for us. It's made us very aware of how much wasted space there is in some homes. It also made us more aware of our living habits. While we had a four bedroom house before we left, we only ever really lived in about half of it. The other bedrooms were only ever used when we had guests.

So, people might think we're nuts, but we plan to keep living small, at least for the time being. I've learned that a little space in the middle of activity, like a city, is much more livable than a larger space that's isolated. Home's a nice retreat and a comfortable place to sleep. It's a space to write and eat, but a good day is a day when we're out much of the time.