Pictures from around Glasgow

So, we're home from Scotland, and I uploaded images from our new camera of some if the sights we saw. 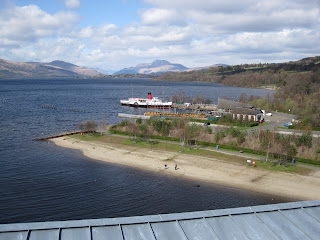 This picture and the one below are of Loch Lomand (like the song :-). My son and I took a day trip out to see it - it's just a short train ride from Glasgow. 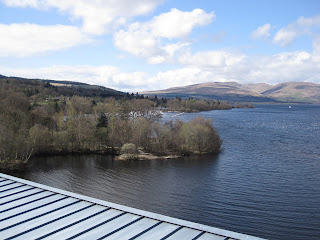 Below is a picture of the Loch Lomand Aquarium, the reason I traveled out to the Loch. I have a thing for aquariums. If I can get to one on a trip, I will. On my way up to Clarion West I saw three, for example. This one was a nice one, with tanks that showed local sea life, as well as a big tropical tank. 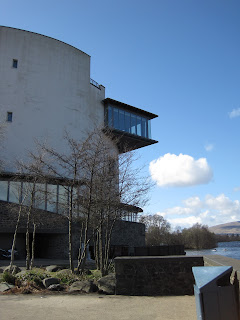 The Maiden of the Loch. 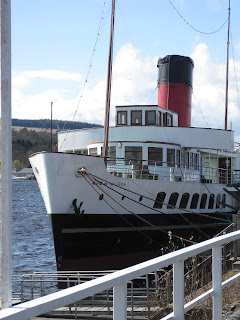 Then, this is back in Glasgow. It is the world's largest terra cotta fountain and it's located in Glasgow Green, a large public park. That's Queen Victoria at the top, there. 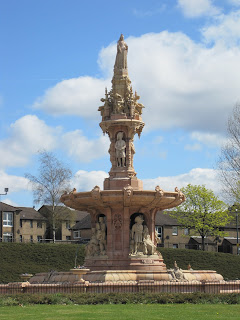 Right next to the fountain is the People's Palace, which has a museum on the history of the city. None of my pictures of the outside of the building look good without cropping - and it's too late at night for me to bother doing that, so here's a picture of the wall of the Palace from inside the Winter Garden, the giant greenhouse connected to the back. 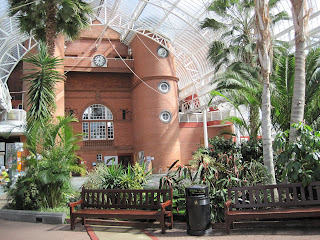 Here's just a picture along the River Clyde, as I was walking back to our hotel. The weather was nice and mild! 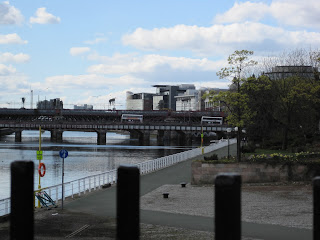